The 3 Arena Dublin (originally The O2) is an indoor amphitheatre located at North Wall Quay in the Dublin Docklands. The venue opened on 16 December 2008. Built on the site of the former Point Theatre, a smaller music venue which operated from 1988 to 2007, retaining only some of the outer facade.

Following its closure in 2007, the site underwent major redevelopment and renamed The O2 after the telecommunication brand, O2, similar to The O2 in London. In 2008, O2 paid €25 million for the naming rights for 10 years. Following the sale of mobile network operator O2 Ireland to rival 3 (Three) Ireland in June 2014. The venue got the 3 Arena Dublin name on 4 September 2014.

The furthest seat is 60 metres from the stage, 20 metres closer than in The Point. This was achieved by arranging the seats around the stage in a gigantic “fan” formation which the architects likened to the Colosseum of Rome. There are no corporate boxes inside the venue. The backstage area has a “substantial” loading bay for trucks. Alcohol is available in a high-security area of the venue in an effort to curb under-age drinking. Prior to re-development, the seating capacity was 6,300 or 8,500 standing.

Mike Adamson (CEO of Live Nation Ireland) claimed that Irish fans short-changed when attending major events in the previous venue due to size restrictions. “It wasn’t always possible to get every show touring in Europe into the venue because of restrictions. It is now. Some shows couldn’t fit. For example, George Michael could only stage three-quarters of his production in the Point. We’re up there now with other venues in Europe. The Developer Harry Crosbie said that the Point had had a “grungy” feel “which suited Dublin at the time”. He claimed that it would be a “stunning venue” created for a more “sophisticated” audience.

U2 was the first band to play in the venue when Bono and The Edge performed “Van Diemen’s Land” and “Desire” to a private audience.

The first event to take place at the arena was the ChildLine Concert on 16 December 2008.

There was a controversial Guns N’ Roses show in September 2010 during which the band had arrived a substantial amount of time late then had bottles hurled at them and stopped performing. Most of the audience then left the building in disgust, but the band later returned to finish the show. The band returned in 2012 and only achieved 47% capacity at the show.

Rammstein performed their first-ever show in Ireland at the arena on 27 February 2012 as part of their Made in Germany 1995-2011 Tour.

U2 performed four homecoming concerts in November 2015, as part of their Innocence + Experience Tour. The full U2 stage setup wasn’t complete in the 3 Arena Dublin due to the venue’s configuration as an amphitheatre. The U2 stage was reconfigured for the concerts in the 3Arena. even though was designed for a full indoor arena.

From the Dublin Citi Hotel, you need 35 minutes to walk there. Make sure to check out their current shows and guests on their website.

END_OF_DOCUMENT_TOKEN_TO_BE_REPLACED 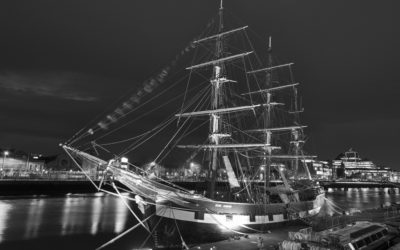